Big boy: Definitely not a baby

Evan was really proud of this worm that he dug up the other day. He spent a lot of time trying to decide what he would do with it, and smashing its guts out was definitely on the short list.

Evan is growing and changing so much. Every day he becomes less and less like that baby I snuggled in my arms, and more and more like a small man. He’ll be a man someday. Weird. 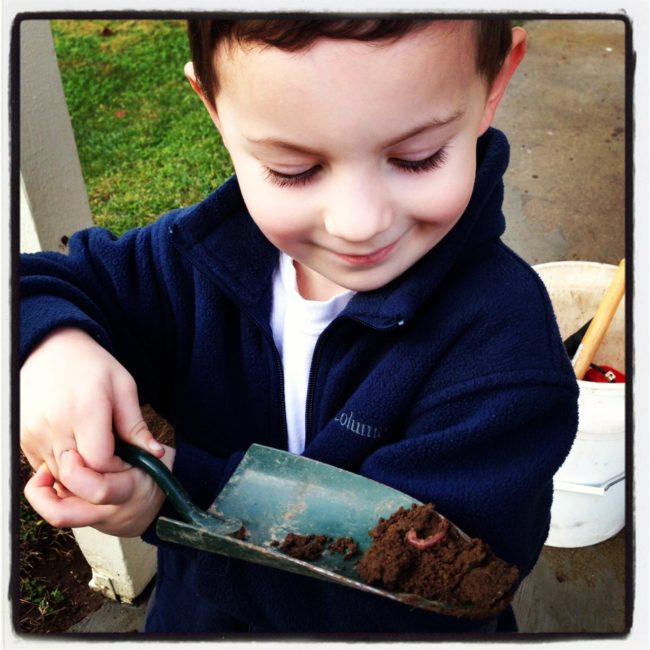 He loves it when we refer to him as a big boy.

In fact, he’s been talking about an incident that happened at his birthday party in August this week. According to my mom (I guess I had never noticed), he’s been rehashing this particular scene frequently since that day.

One of his cousins exacted the most terrible insult on him, apparently. While jumping on a trampoline together, his cousin called him a BABY.

It is kind of funny to me that Evan has carried this around with him in his little mind since that day. He’ll say, “She said I was a BABY. I’m not a baby, I’m a big boy.”

Of course, I reassure him by telling him that he’s definitely a BIG BOY!

He is potty trained now, he speaks to us with the vocabulary of an adult, and holy wow, he’s getting big physically too. He’s big, and smart — sweet and ornery. So ornery.

I love this little boy (I mean big boy), and I can’t wait to see what kind of man he becomes.

Do your kids hate it when someone calls them a baby?

14 Comments on “Big boy: Definitely not a baby”