Is it okay to brag about your child?

Have I told you that I have the smartest, sweetest, most adorable toddler on earth?

Oh, I have? Well, have I mentioned that at 18-months-old, he is speaking in short sentences, he can say the alphabet, count to ten, and sing beautifully about the Itsy Bitsy Spider? In fact, Evan was showing signs of early verbal skills at 2-months-old. He is truly gifted. 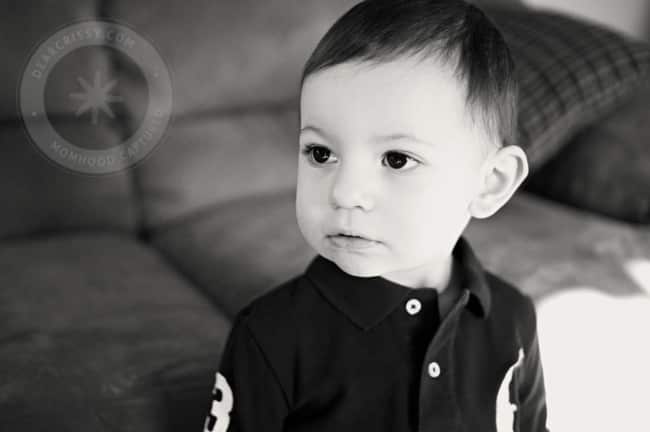 At what point does bragging about your child become obnoxious, and, should you care? Is it insensitive to brag when you can’t be sure what challenges other moms may be facing within their own families?

My mother always told me, with pride, that I was walking by the time I was 9-months-old. I didn’t really have an expectation of when Evan should start walking, but when the mothers in the forum I am a member of began exclaiming that their babies were walking at 9, 10, and 11 months (Evan walked at 12-months, by the way), I can recall feeling the smallest twinge of envy, because my little guy seemed nowhere near reaching that milestone.

It was really the same story for rolling over, sitting up, and pulling up, too. Evan was certainly not behind in these areas, in fact, he was perfectly average, but let’s just say he wasn’t the first baby on the block to reach the physical milestones.

Isn’t it just completely ridiculous to be concerned about your child’s milestones, as if it’s some kind of race? I do my best to push those thoughts out of my mind, because trust me, I KNOW that every child is special, unique, and will develop in his or her own sweet time.

Still, being honest, there are probably some threads of competitiveness, even if they live in the back of my mind.

I think most parents do some bragging about their children, it’s really just natural when you are so intensely focused on this little person. I mean, look! I had some part in the creation of this amazing human being!

Is it just natural to brag about your child? Do you ever find yourself annoyed when parents go on and on about their child’s accomplishments?

I would love to hear your thoughts, and feel free to do a little bragging of your own.

Don’t miss our huge list of 99+ funny riddles for kids!

68 Comments on “Is it okay to brag about your child?”