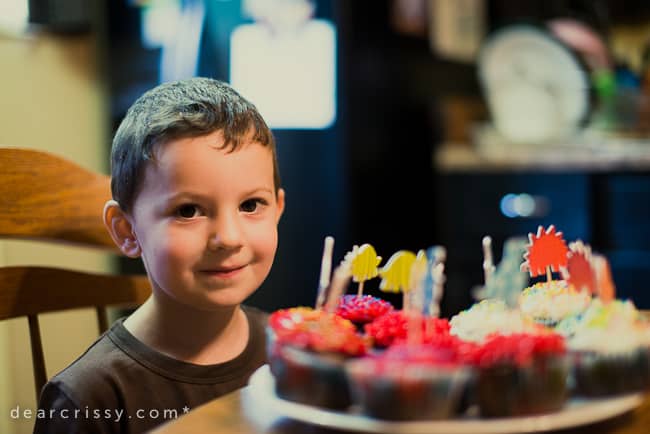 I really don’t have the energy to start this 3rd-birthday post with a whole lot of sentiment. It’s true, the fact that my baby is 3 is absolutely shocking (and kind of sad), but after three years on fast forward I’m coming to terms, somewhat, with the fact that this all goes WAY TOO FAST.

Now, I’ll move right along to some of the details of Evan’s special day! He wanted a dinosaur cake, of course, so I thought I would order Wilton’s Dinosaur Cake Pan. I mean, how hard could it be to make a dino cake, right? 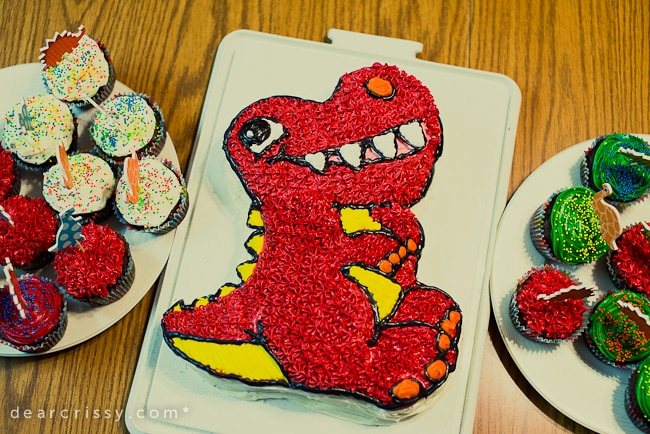 So, this was a little harder than I thought it would be. I have to admit, in these photos it doesn’t look quite as bad as I remember it looking, but it took me about two solid hours to decorate this cake and there were many mistakes, misfired globs of frosting, and start-overs.

There were moments when I was freaking out because I thought I was going to have to just ice it in one solid color and throw in the towel.

My husband even helped during my moments of anxiety, but he was about as graceful with frosting as I was… not very. 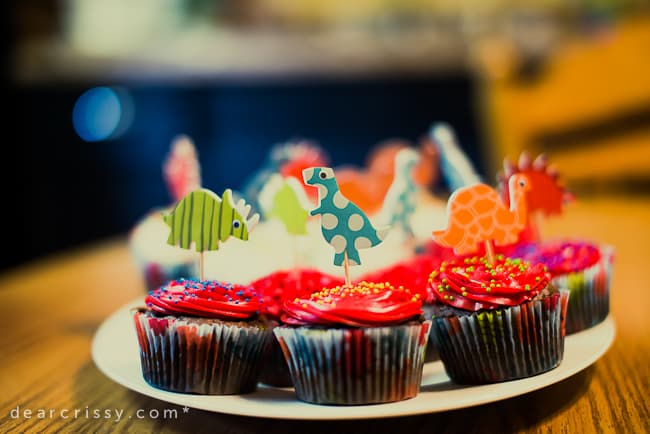 Anyway, it all turned out OK in the end, and I will always remember this cake as Glob-a-saurus Rex.

When it was time for Evan to blow out the candles on his dinosaur cake, he was a bit overwhelmed. When the crowd began singing to him, his first response was to hide his face. Adorable. 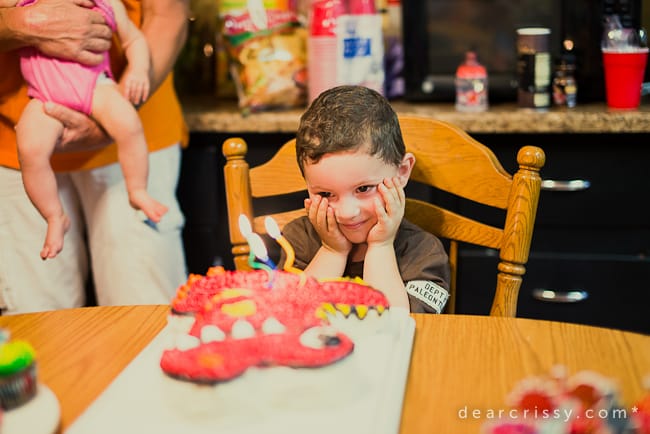 He soon loosened up, blew out his candles, and enjoyed a piece of his special cake.

We had his party at our house this year, with just family and a few friends. We had a backyard cookout and the kids played on our trampoline in the back yard. It was a pretty low-key 3rd birthday party but Evan felt like a king and he had a wonderful time, which is the most important thing.

Evan is growing so much every day, it is really just amazing. We’re so proud of him. 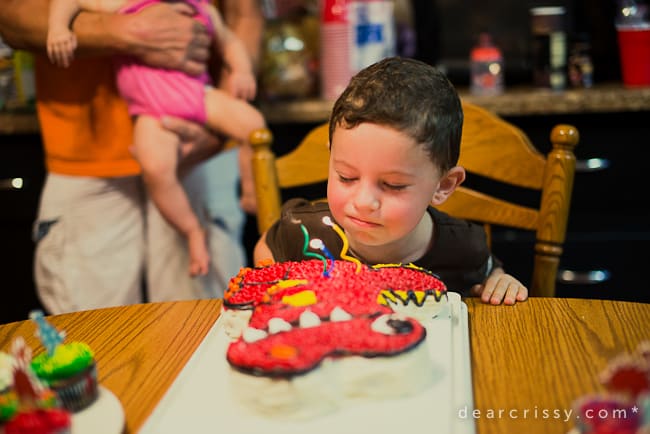 I just had to throw this shot in, it’s my dad’s choice in a piece of cake — the globby eye.

So, I still feel sort of like Evan is a baby at age 3. Age 4 though? Now, that’s getting serious. I’m sure it will be here in the blink of an eye.