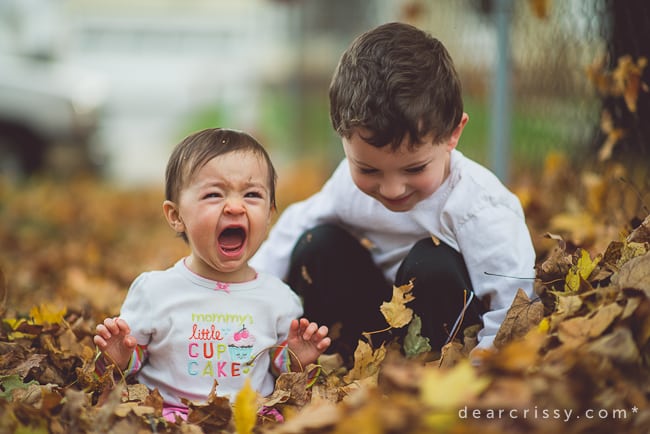 It’s fall in Ohio. The sky is bright blue, the air is crisp, and beautiful leaves speckle the still-green grass.

I thought I’d plop Evan and Kara down in the leaves and take the same obligatory leaf-photos that I take every year (and that every other parent takes every year), but as you can see… Kara was not impressed.

To her credit, she had just woken up from a nap. I kept trying to get her to smile, but it was just more of the same. Baby torture at its finest. 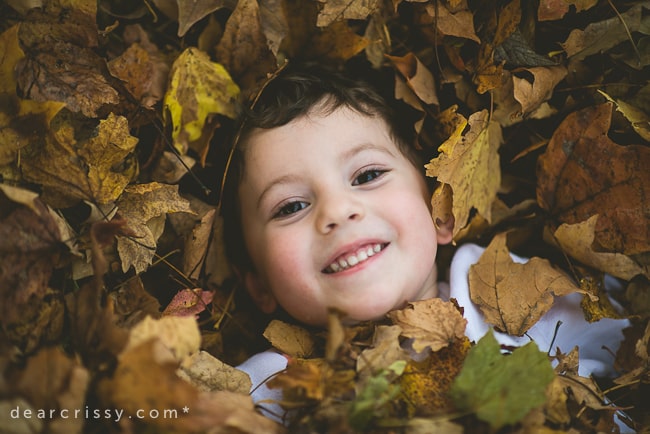 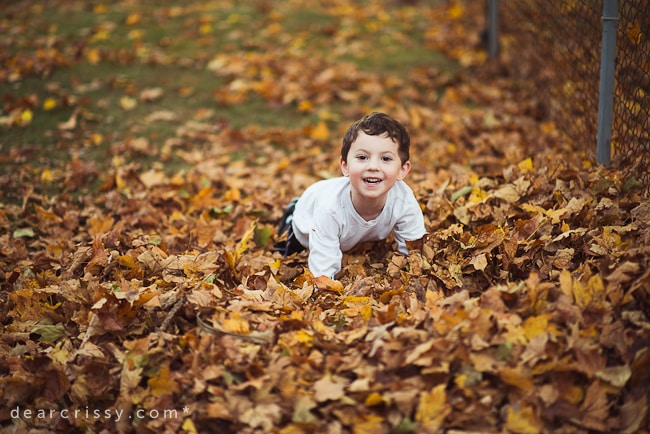 He had a blast! 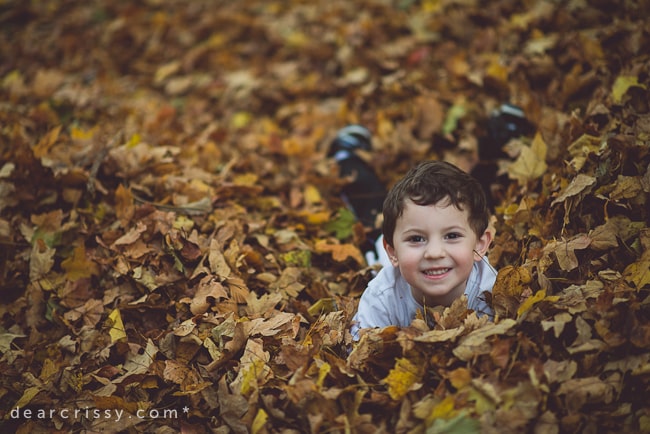 This was the last straw for Kara, she was picked up after this shot. Look at that lip. This is what I have to deal with on a daily basis for her. Tell me that lip doesn’t just break your heart! 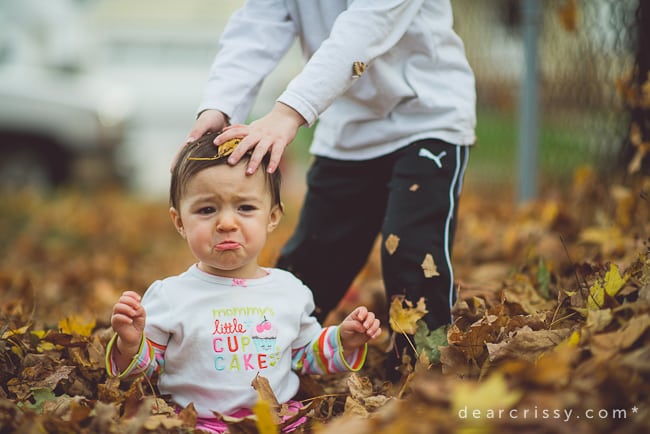 Evan’s pal Siri came over to play in the leaves as well. 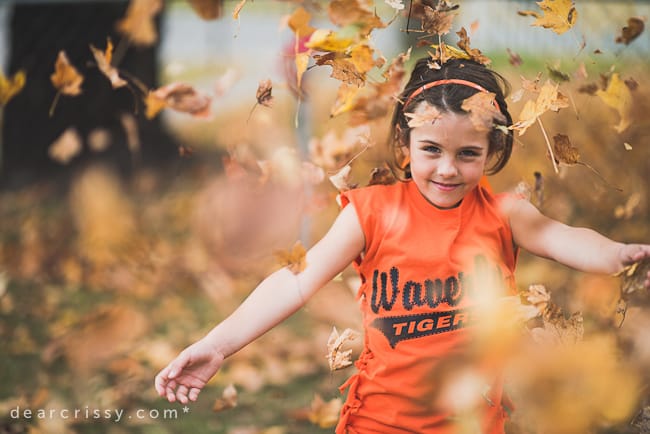 It makes me so happy to see Evan playing with a friend. Sometimes I feel like he doesn’t get enough interaction with other kids. I am looking forward to him starting preschool in a way for that reason. 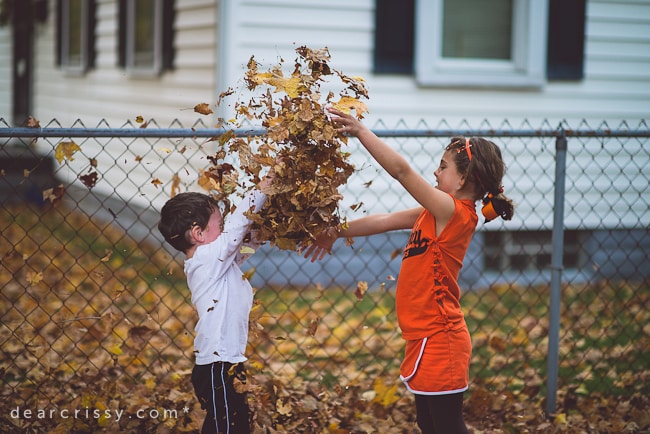 Love this playful photo of Evan and Siri. 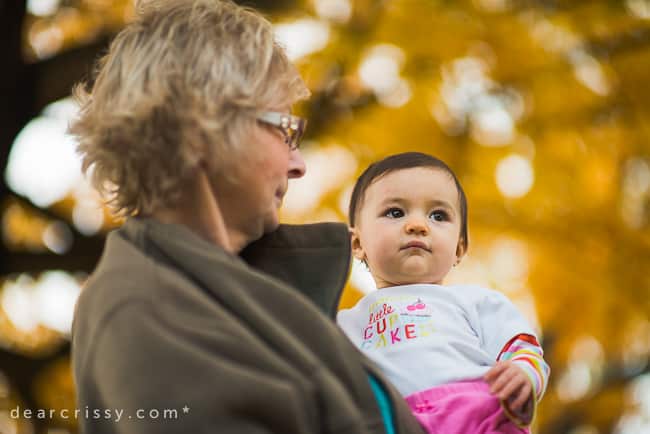 Kara was much happier being held. 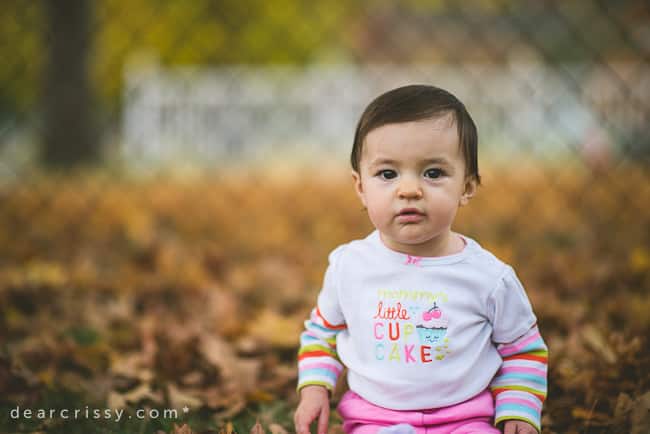 Hopefully she’ll be a little more receptive to the leaves next year!