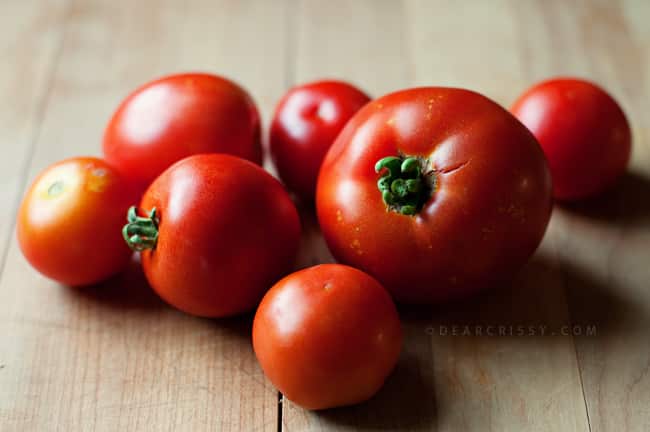 Being able to pluck a few ripe summer tomatoes from the garden is bittersweet.

Garden tomatoes are truly one of the best parts of summer, but the arrival of these red jewels also signals that summer has peaked, and that we’re marching toward fall once again.

I might actually get a little depressed thinking about how fast this summer has slipped by — so — back to the tomatoes. Oh… the tomatoes! 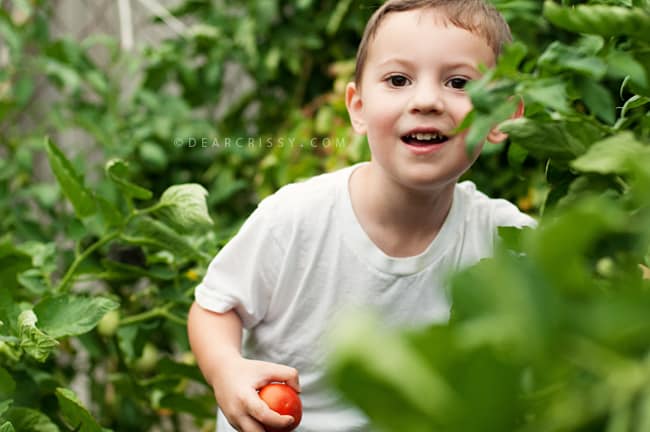 My grandpa passed away a couple years ago, but before he became ill, he kept an enormous garden every summer. He always had a surplus of tomatoes, and would give me plastic sacks filled with them, saying that if I didn’t take them they were going to go bad.

I’m not one to let a summer tomato go to waste, and the sight of a pile of summer tomatoes always makes me think of him now.

This year, my mom and dad have a little tomato patch in their back yard. Evan was beyond thrilled when he was given the green light by my dad to harvest a few of the red ones yesterday.

Seeing my little boy encircled by tomato vines and drenched with smiles makes me think of doing the same in my Papaw’s garden. 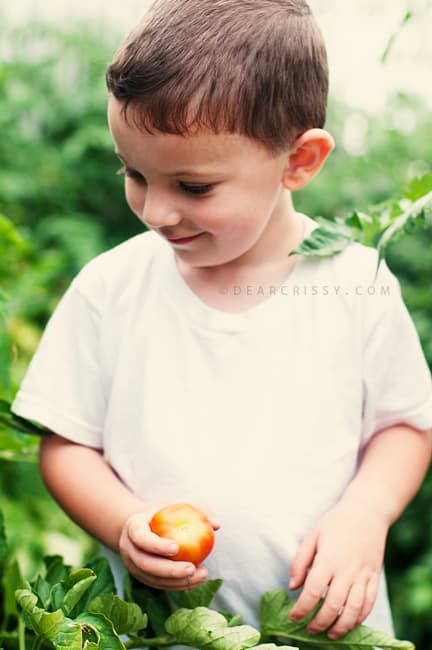 We love tomatoes in this family. It’s a simple love, and we eat them in really simple ways.

After collecting a few plump summer tomatoes yesterday, my mom peeled a particularly pretty one. Summer tomatoes and alliteration — does it get any better than that?

We’re kind of spoiled on peeling the tomatoes first. It’s so nice to be able to eat them without that nasty skin getting in the way. 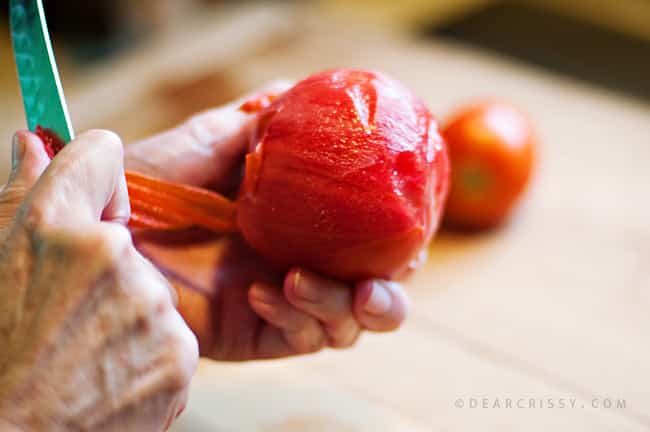 A plate of freshly sliced tomatoes from the garden doesn’t last very long around here, and I’m starting to crave some more tomatoes as I write this post and look over these images again! 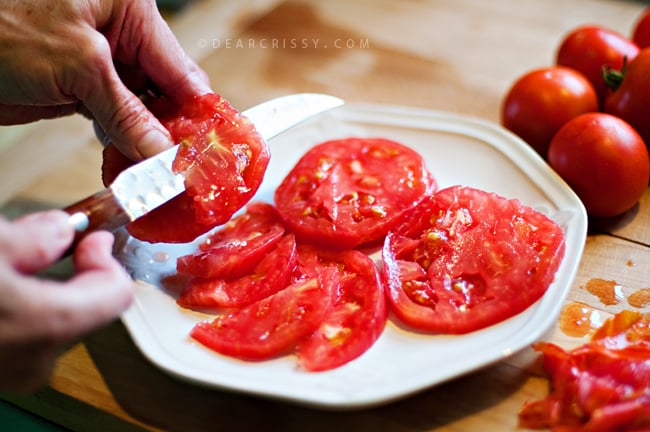 For breakfast, we love to have a few slices of tomatoes along with a plate of scrambled eggs. My dad also loves having tomato on a fried bologna sandwich.

I prefer eating summer tomatoes on a piece of whole wheat toast with a little mayonaise.

For me, this is really one of the most delicious sights in the whole world. 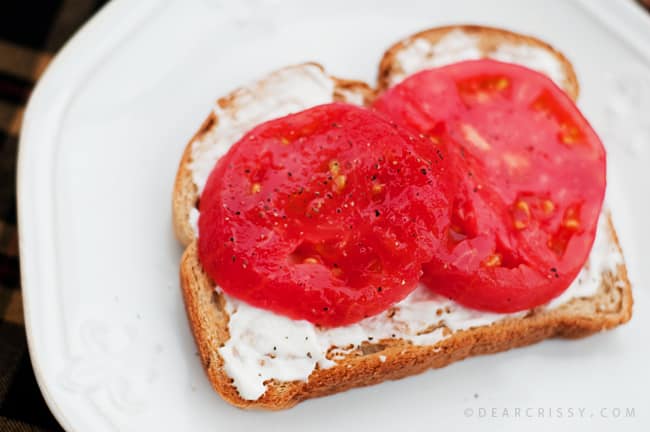 I could eat summer tomatoes just like this every day for the rest of my life, but I’ll settle for eating it on a few special days, right in the heart and heat of summer.

Do you love summer tomatoes? How do you eat them?

Linking up with Live a Little.

15 Comments on “My bliss: Summer tomatoes”