The house of snot 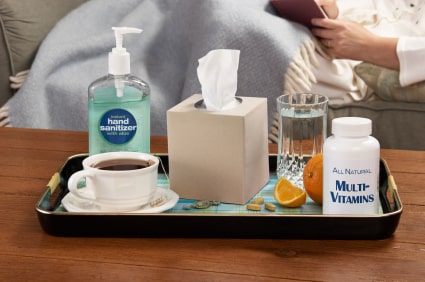 Writing a blog post with general complaints about the common cold isn’t really something that I would normally entertain the thought of doing, however, when your family is in the fog of sickness, it’s really hard to focus on anything else. I have literally piles of work sitting in front of me, and right now, it’s hard to stay focused on any one thing for more than a moment at a time.

While Evan and I are both suffering with cold symptoms including sore throat, congestion, and a cough, it seems like he’s handling it a lot better. He’s till running around the house, smiling, and laughing between sneezing fits. He has moments when he runs out of energy and curls up in a ball on the sofa to grumble, but generally, it’s business as usual. I mean, this house isn’t going to look like a cyclone hit it on it’s own, you know?

If there is one thing that a toddler hates more than having his teeth brushed, or his hair combed, it is having his runny nose wiped. I’m pretty sure that most of my energy reserve has been spent in the pursuit of a little guy who absolutely loathes having his drippy nose maintenanced.

Personally, I feel like I need to take some Nyquil, crawl into bed, and sleep for about three days. Actually, three hours would probably do the trick.

12 Comments on “The house of snot”