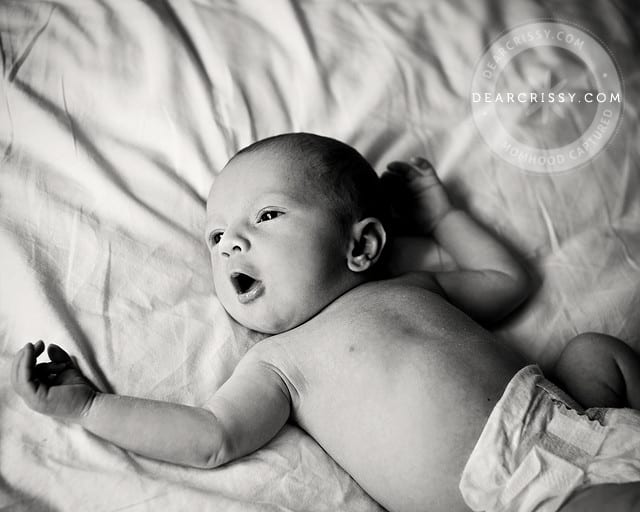 On August 3rd, 2009, I gave birth to my tremendously handsome son, Evan.

As a first time mother, I spent most of my nine months of pregnancy wondering what life would be like once my baby was born. I knew that while there would be many new challenges and perhaps even surprises in store for me, I could be certain of two things. First, that I would love my baby and strive to be the best mother possible, and second, that I would breastfeed.

Loving my baby? That, was a piece of cake. From the moment I saw his face, it was a done deal—I was hooked. I wish I could say that my goal of breastfeeding was so easy.

When the nurse brought Evan to me after the initial rigmarole of measurements and testing, she told me it was time for him to have his first meal; I was ready to jump right in. I did have some success breastfeeding initially, but during the next two days in the hospital, latching became increasingly difficult, and I spent hours working with the nurses and lactation consultants on staff.

At this point I was both physically and mentally exhausted, but still hopeful that we would get the hang of things. Before I took my son home from the hospital, I received a lesson in pumping, but felt confident that I would be feeding from the breast, and reaping the benefits of that skin-to-skin contact soon enough.

After arriving home, I continued to try to breastfeed my son every couple hours. When you are facing failures at such frequent intervals, it really begins to drain you emotionally. Why wasn’t my baby latching? Was I doing something wrong? Why was this so hard?

As I continued to struggle, I managed to keep up with a rigorous pumping routine. After four weeks, the pumping was just not enough to keep my supply up. My milk dwindled, and then dried up. Feeling devastated and somewhat hopeless, I got in my car, went to the grocery store, and bought a can of powdered formula.

It took me weeks of tears and deep heartache to finally accept the way things were. I had failed to breastfeed my son–something that I was so sure would be an integral part of motherhood for me. I felt guilty, I felt inadequate, and I felt that I had been robbed of something very special.

As I write about these memories, I cringe a little inside. Writing about the topic of breastfeeding almost always stirs up a range of reactions from other mothers, and I feel compelled to explain myself. Yes, I know how important breastfeeding is and I know that it is best. I know that formula will never stack up to breast milk in any number of ways. I know. I know.

Could I have given my effort more time? Probably. Could I have called in another lactation specialist? Sure. Honestly, after writing almost an entire paragraph now, disclaiming my experience, I realize that this wound is still open, and that while I probably don’t need to be so defensive about my choices, I am.

Recently, I believe I discovered the reason Evan had such a hard time breastfeeding. He seems to have a tight upper frenulum, which is the connective tissue between the lip and gum. I have this too, and I am not sure why it never occurred to me that it may have been passed down. Older children often undergo a simple surgery to cut the tissue, but in my case, it has never been enough of an issue to merit “fixing”.

Evan is now 6-months-old, and absolutely thriving. He is bright, healthy, and did I mention tremendously handsome? I didn’t have time to feel inadequate forever, I mean, taking care of a baby is a demanding job! I was able to come to terms with the reality of my own experience, and you know, regardless of what some may say, formula is not the devil–and I am not the devil (or a bad mother) because it’s what I feed my baby.

That said, if I am ever blessed with another child, I will give breastfeeding my best effort again, and hopefully with a little more been-there-done-that confidence and wisdom, I’ll have better luck.

20 Comments on “When breastfeeding doesn’t work”