My Instant Pot potato soup recipe is creamy and loaded with delicious flavor. It’s really like a loaded baked potato—in a bowl! Pull out your pressure cooker and whip up some of this comforting baked potato soup right now! 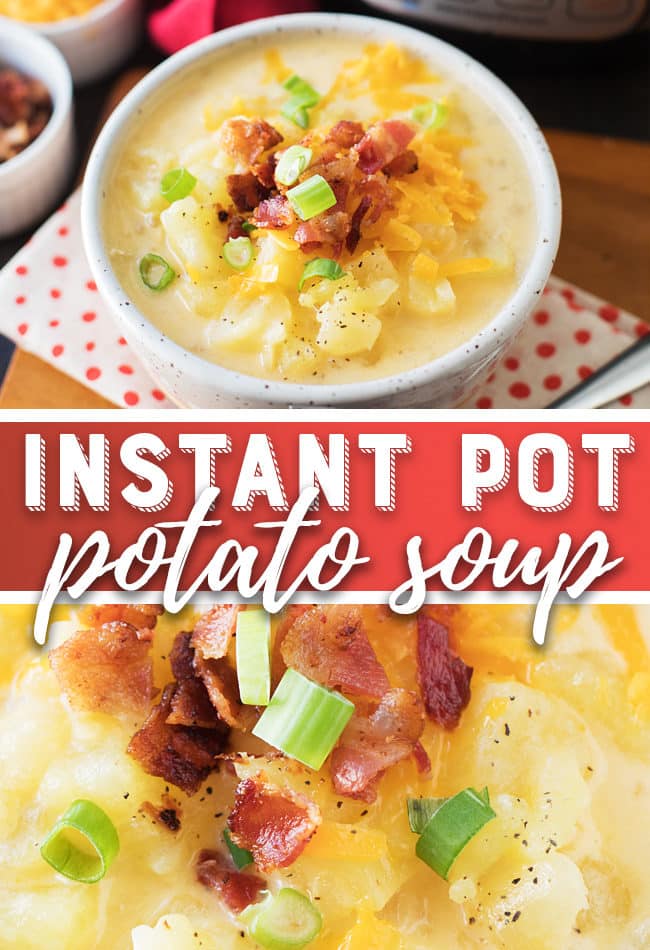 During the winter, Instant Pot Spaghetti and Instant Pot potato soup are staples in our weeknight dinner lineup.

This recipe has been adapted from my popular crock pot cheesy potato soup recipe. I’ve had so many of you ask if I could make an Instant Pot potato soup based on that amazing recipe.

Oh, and DO NOT miss my Instant Pot beef stew!

I’ve been holding onto this Instant pot loaded potato soup recipe for a while, as I wanted to make sure it was just right! Y’all, this recipe is amazing! If you decide to give it a try, let me know how it turned out for you. A few of you have already asked if this Instant Pot potato soup can be made without the Velveeta cheese. Personally, I think the addition of the Velveeta adds a lot of flavor and creaminess, but, you can make it with all shredded cheese as well. It’s really up to you.